Between the Covers Book Club

Dog-Eared’s “Between the Covers” Book Club is a celebration of all things rom-com led by one of the genre’s greatest fans, DeAnn. With a new pick each month, swooning has never been so much fun.

The Charm Offensive by Alison Cochrun

This month we are reading The Charm Offensive by Alison Cochrun! The Between the Covers book club will meet at 7 PM on Saturday, May 28.

Dev Deshpande has always believed in fairy tales. So it’s no wonder then that he’s spent his career crafting them on the long-running reality dating show Ever After. As the most successful producer in the franchise’s history, Dev always scripts the perfect love story for his contestants, even as his own love life crashes and burns. But then the show casts disgraced tech wunderkind Charlie Winshaw as its star.

Charlie is far from the romantic Prince Charming Ever After expects. He doesn’t believe in true love, and only agreed to the show as a last-ditch effort to rehabilitate his image. In front of the cameras, he’s a stiff, anxious mess with no idea how to date twenty women on national television. Behind the scenes, he’s cold, awkward, and emotionally closed-off.

As Dev fights to get Charlie to connect with the contestants on a whirlwind, worldwide tour, they begin to open up to each other, and Charlie realizes he has better chemistry with Dev than with any of his female co-stars. But even reality TV has a script, and in order to find to happily ever after, they’ll have to reconsider whose love story gets told.

Purchase a copy to read, or grab it from the library, and join us at Dog·Eared Books at 7 PM on Saturday, May 28, to discuss the book with book club host DeAnn! This book club is free to anyone who wishes to participate, no registration necessary.

Dates and books for upcoming 2022 Between the Covers Book Club gatherings:

May 28 at 7 PM  The Charm Offensive by Alison Cochrun

June 25 at 7 PM  Something Wilder by Christina Lauren

October 22 at 7 PM  The Kiss Curse by Erin Sterling 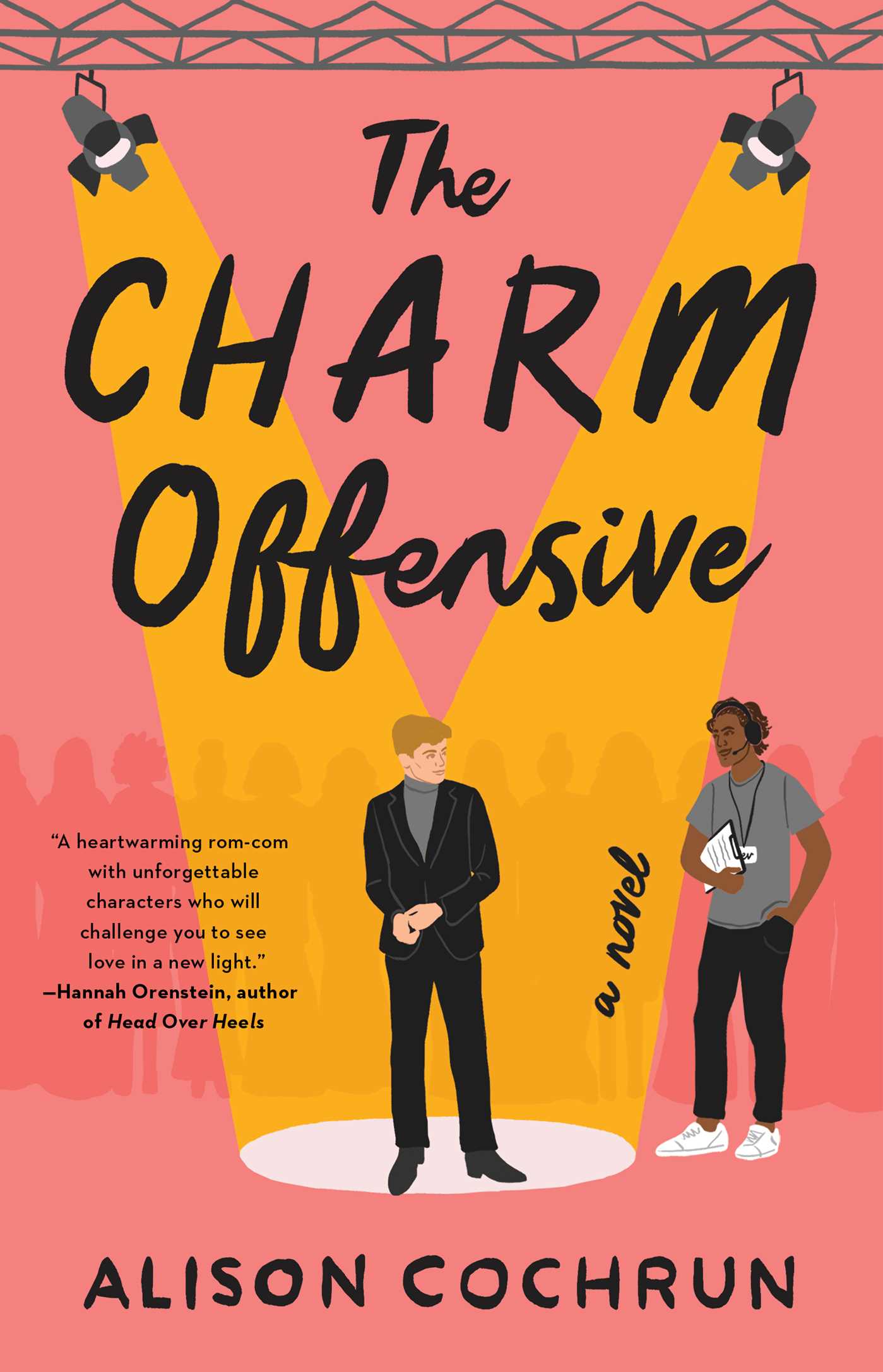 Do You Listen to Podcasts?

This is the Between the Covers Podcast, with hosts DeAnn Malone and Rachel Trainum. In our podcast we’ll chat about our favorite rom-com reads, the book pick for the Between the Covers book club at Dog-Eared Books in Ames, IA and the tropes that go with the book we’re currently reading. And much more! Between the Covers podcast will be bi-weekly, with one episode covering the current rom-com trope topic and the next discussing the book club read. And on occasion we will have bonus episodes where you can hear us talk about more in the rom-com world.

We hope you listen and read along with us!